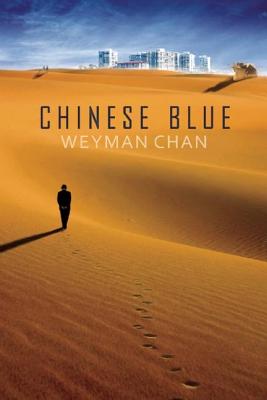 Drawing on more than two thousand years of ancient Chinese tradition that present diverse philosophical modes of being, whether it be the spiritual teachings of Kong Zi or Lao Tzu, the military dicta of Sun Tzu, or the complex sensibilities expressed by poets such as Ssu-ma Hsiang-ju, Li Bai, Du Fu, and Wang Wei in the wake of a tumultuous imperial government, Weyman Chan restates these concerns of the past while addressing other "first world problems" in our own contemporary era. In Chinese Blue, the poet "character" sifts through the earth's long history of geological layering and forgetting, grappling with the perpetual fragmentation of identity. The poet struggles with the prospect of any inky blots that suggest the finished work of a creator, subject to expediencies--ambition, romance, betrayal--that leave us flawed and human, taking the reader on a spiritual quest burdened by an endless sea of flotsam. In a stoic attempt to reconcile biological drives with a stance of non-presence and to find a place beyond "perpetual worry" where he can accept ancestral mistakes while tentatively channelling the voices of advertising that condition our vernacular and massage our minds--offering a cliche happy ending to what remains of our physical existence--the poet finds himself wading through jazzily visionary delineations of the modern city, numbed and soundly crushed between "the word and the thing." Here is Weyman Chan at his most fiercely ironic, tracing a lineage he interprets subconsciously and through the intricacies of its raw genetic material, with keenly biting language that echoes the rhythms of Qu Yuan in contemplation of his own mortality beside the flowing waters of impermanence: "I would prefer to jump into the river and be entombed in the stomachs of fishes than to bow while purity is defiled by vulgar pestilence."


Weyman Chan was born in Calgary, Alberta in 1963, to immigrant parents from China. He has published poems and short stories in a wide variety of literary journals and anthologies. He won the 2002 National Magazine Awards silver prize for his poem ＂At work, and the 2003 Alberta Book Award for his first book of poetry, Before a Blue Sky Moon. His second book, Noise From the Laundry (Talonbooks), was nominated for the 2008 Governor General’s Award for Poetry.